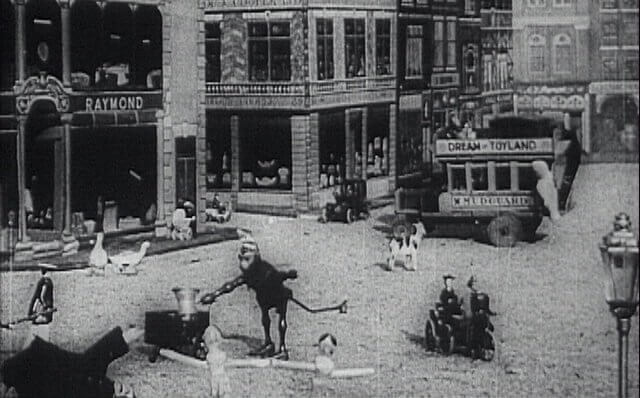 A true pioneer of early British filmmaking, Arthur Melbourne-Cooper began his life in pictures at his father’s photographic business in the Hertfordshire cathedral city of St Albans. Keen to branch out into moving images, he first joined the firm of fellow pioneer Birt Acres for whom he worked as a camera operator, before establishing his own studios in St Albans.

Between 1896 and 1915, Melbourne-Cooper made approximately 300 films, mostly for his own Alpha Trading Company (1901-1915) and in two joint ventures with semi-retired naval officer Andrew Heron, Kinema Industries and Heron Films. Melbourne-Cooper’s output ranged from actualities and topicals to industrial documentaries and live-action comedy and drama, but he is perhaps best known for his pioneering use of stop-motion animation.

During the First World War, Melbourne-Cooper became a munitions inspector in Bedfordshire, followed by a move with his family to Blackpool, where he managed a department of an advertising agency, making a number of animated advertisements. Following his retirement in 1940, Melbourne-Cooper moved to Cambridgeshire where he died in 1961.

The following films represent a small selection of Arthur Melbourne-Cooper’s broad output. Like much of early cinema, a large percentage of Melbourne-Cooper’s work has been lost to the ravages of time, but the East Anglian Film Archive holds a range of other titles attributed to this Hertfordshire film pioneer.