The Mayor Visits the Fleet and The Fleet v. Southend 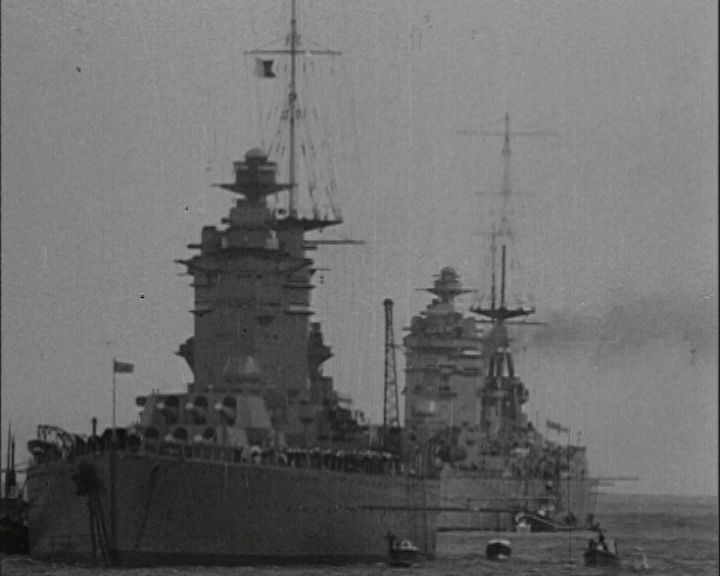 The Royal Navy Fleet visited by the Mayor before a cricket match.

Shots of the big ships including the capital ship and an aircraft carrier. The Mayor enters a motor launch and visits `HMS Nelson'. A small single-engined seaplane is hauled out of the water and the Mayor views the Fleet from a steam pinnacle. The Mayor gets back into his launch and leaves the Fleet. The second feature shows a cricket match: The Fleet v Southend. The teams take the field. There are shots of the match and of the spectators around the boundary huddled up in overcoats. The Mayor makes speech welcoming the visiting team. Each Captain replies in turn. The Captain of Southend is wearing an Essex C.C.C. sweater.

The visit of the fleet to Southend, 1935

The Mayor Pays An Official Visit To The Fleet Off Southend.Followed By Cricket.

Gaumont was founded as Gaumont Graphic in October 1910. It was issued bi-weekly, on Thursdays and Saturdays.

The Mayor Visits the Fleet and The Fleet v. Southend