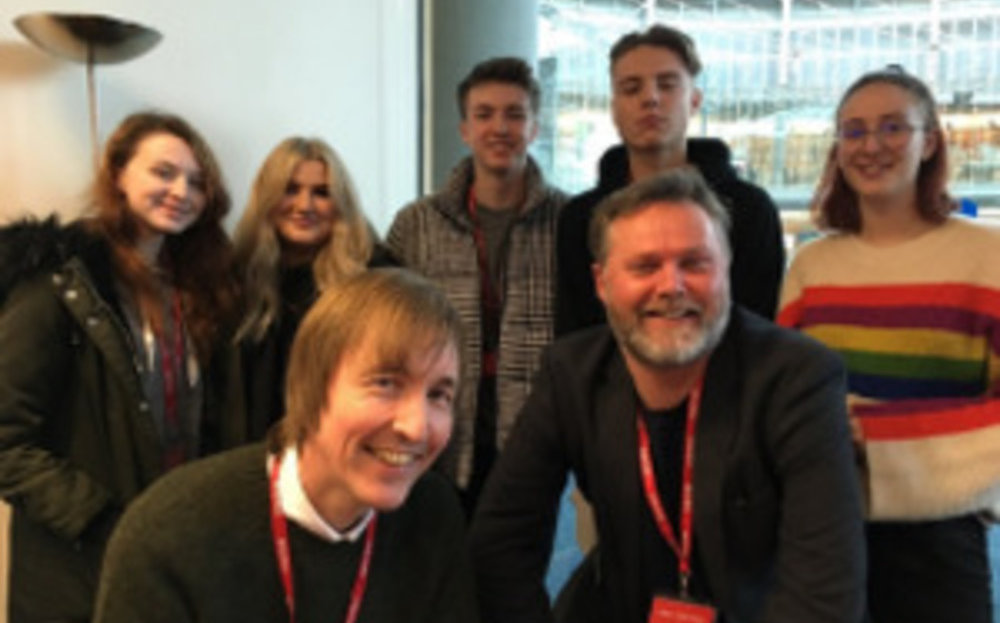 The 2018-19 project ‘Akenfield Now’ saw Suffolk students from Kesgrave High School and Sir Thomas Mills High School work with the East Anglian Film Archive, Norfolk Record Office, BBC Voices and Empty Vessel Theatre Company, as well as oral historians and Suffolk residents, to gain an introduction to oral history and film archiving. The programme, led by Dr John Gordon of UEA’s School of Education and Lifelong Learning with funding from the Heritage Lottery Fund, was inspired by Ronald Blythe’s book, ‘Akenfield: Portrait of an English Village’, a widely successful work about life in rural Suffolk in the 1960s. Fifty years after it was first published, students used the same techniques of oral history interviews to learn about rural life now; these interviews then formed the basis of films, produced with guidance from postgraduate students at UEA.

‘Akenfield Now’ explored connections between oral history and teaching and learning, with pupils working alongside teachers to link activities to the secondary school curriculum and beyond. Films produced by participants were then screened alongside Sir Peter Hall’s 1974 film based on the book, and amateur films of East Anglia drawn from EAFA’s collection.

Dr Gordon said: “This project invited local young people to join the same tradition as the book, to represent their own heritage and community as they experience it in the 21st century. Their work will inform local, national and international understanding of heritage education, and highlight its links with the school curriculum.”