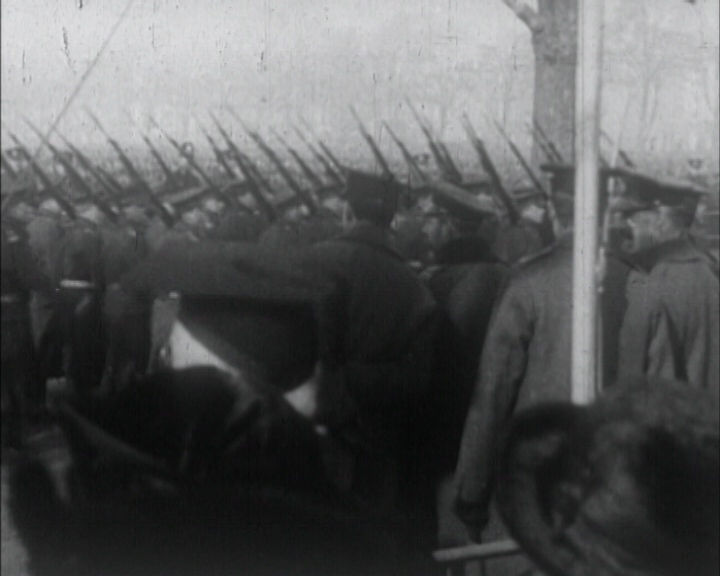 This film is shot from behind HM King George V as he stands with officers watching the march past of troops in Cambridge. A crowd stands behind His Majesty, including some men in academic robes. Across the road on Parker's Piece are massed ranks of soldiers.

This parade is on Parkers' Piece. The army camped on Midsummer Common.