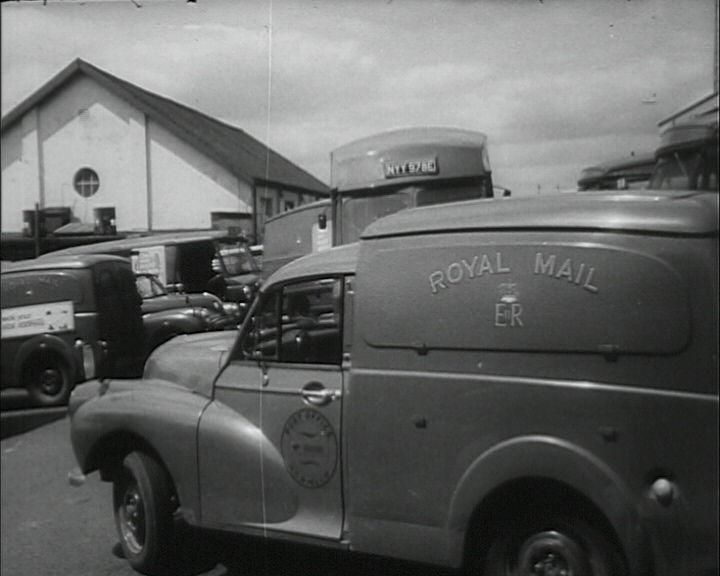 A newsreel of a modernisation initiative by the Post Office, featuring the automated system being viewed by the Postmaster General in Norwich.

Mr Edward Short, the Postmaster General, in the travelling Post Office train on its way to Norwich. Postal workers sort letters at the start of 'Postal Fortnight', a modernisation initiative. Mail is unloaded at Ipswich. Automated sorting equipment is used at the postal headquarters in Norwich: a moving belt system for mailbags, a segregating machine, a segregator feeder and an automatic letter sorting machine. Edward Short is shown some of the machinery. Sacks of the sorted mail are moved by conveyor belt and loaded into a mail van. The van drives off.