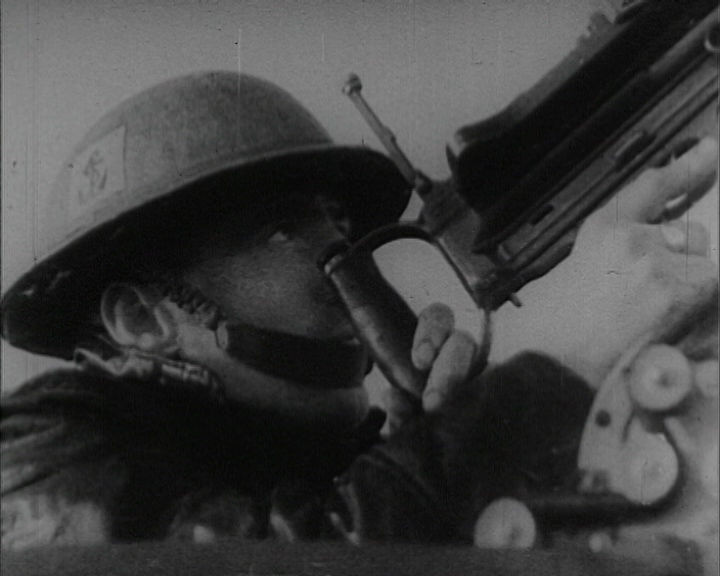 A newsreel of Britain's armed forces patrolling the Norfolk Broads at the beginning of World War II.

Soldiers and sailors in armed high-speed motor boats patrol the rivers and broads. The craft speed down the Bure from Wroxham. Soldiers control the Lewis guns, mounted for engaging paratroops and planes on exercise.