The RAF Reviewed By H.M. The King 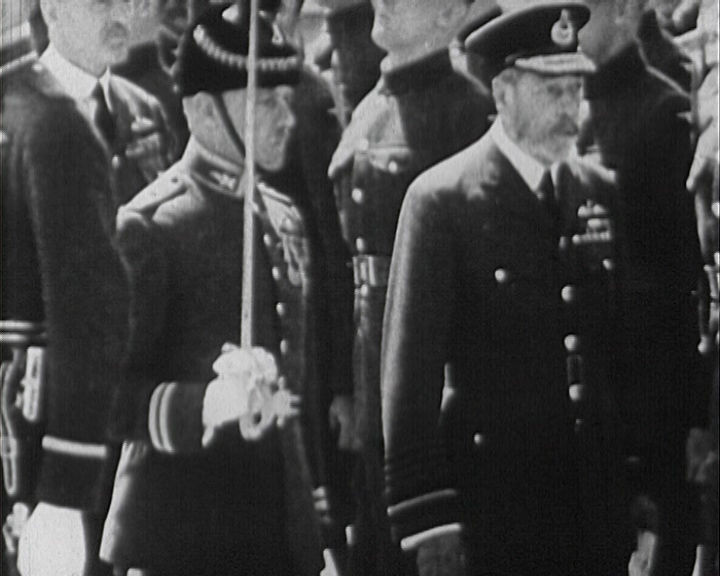 A jubilee parade in honour of King George V, featuring 350 fighting machines at RAF Mildenhall and their flypast at RAF Duxford. An aerial view of Mildenhall with planes lined-up neatly for inspection greets the arrival of His Majesty, who exits his car -wearing an Air Marshall uniform - to the strains of God Save the King. After a formal presentation of airmen, the King joins the Prince of Wales and Duke of York for an inspection of over 5 miles of 'air arms', with the car stopping to allow His Majesty to examine technical details and chat with the officers. Views of fighter and bomber aircraft on the ground and in operation are followed by the royal party's departure for Duxford, as soldiers and the assembled crowd salute the King with three cheers. At Duxford Aerodrome, King George V and his sons take up position in a specially constructed stand to watch the flypasts of seventeen RAF squadrons. These include aerial shots near a fleet of Handley Page biplane bombers and material shot from within the 57 Squadron's fleet of Hawker Hart fighters.

The RAF Reviewed By H.M. The King