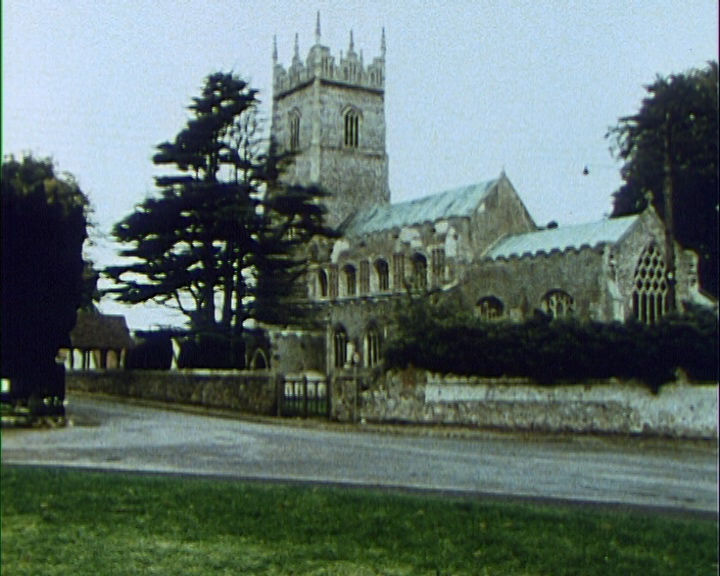 The opening show a car pulling a trailer, driving through the village with the church in the background. Jean Goodman, providing the commentary, explains how Northwold received its name. It was the most northerly village in the Saxon kingdom, although it is now twenty miles inland. In the 13th century an artisan fell to his death when building the Church of St Andrew. There is an inscription to this effect on the wall of the Church. Mrs. Beatrice Newton as she approaches her cottage. Basil Jenkinson, the village postman and post master, is filmed completing his rounds. Mrs. Jenkinson works in their market garden. Northwold has an active group of conservationists. New houses have been designed to blend in with the old. John Williams, the Secretary, explains some of their projects. One of these is to get wires, electric and telephone, taken underground. Another is to repair the village cross. Donald Bates is the local whitesmith. He is seen leaving his cottage, though his crop of tobacco that hangs to dry. He explains what a whitesmith is - a metal worker who works with cold, rather than hot metal. There is a lengthy sequence showing Mr. Bates at work. Inside his cottage, he plays the piano. This accompanies the final shots of the village.