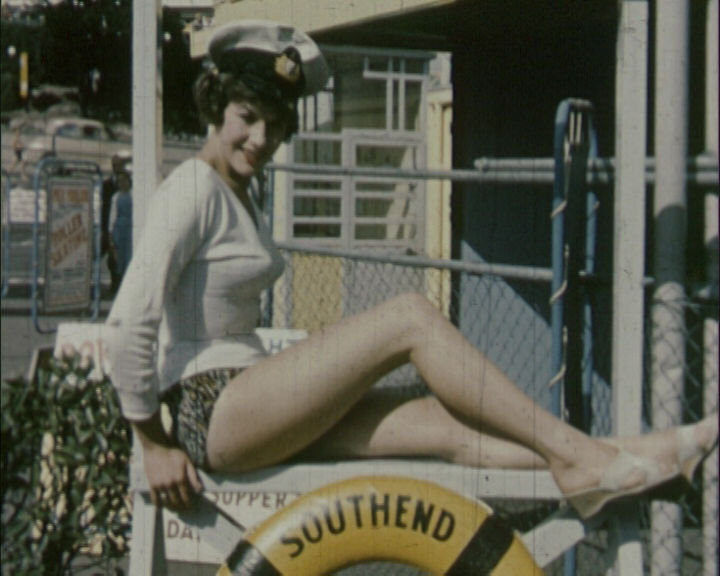 Holidaymakers having a fantastic holiday in Southend, watching carnivals, relaxing on the beach, swimming and dancing.

The film is introduced over shots of Southend's flower gardens. Holidaymakers arrive at Southend by coach and by rail at Southend Victoria Station. An aerial shot of the pier and of the sea front is followed by shots on the pier of the visitors and of the Southend Pier Railway. The pleasure steamer Royal Daffodil pulls alongside the pier, where people board her. The commentary explains that the Royal Daffodil will proceed along the Thames Estuary and then out to France. At the airport a plane takes off. There are further aerial views showing the airport and the boating pool. Back on ground level, there are further shots of the boating pool and then of the fairground.The next sequence covers many attractions in quick succession. They include the model yacht pond, the Miss Lovely contest, the Westcliff swimming pool, the Cliffs Pavilion, a ten-pin bowling alley and a restaurant on the pier. Boys fish from the pier.There are scenes of motor sports at Southend. There are speed boats and sailing boats, canoes and paddle boats. There are also shots of water skiing. These are followed by a lengthy sequence showing typical beach and seaside scenes; people bathing, children paddling, people relaxing in deck chairs.Land sports shown include golf, bowls, tennis, Southend County Cricket Week, and archery. There are some shots of the Southend Carnival, featuring the Carnival Queen.A section covers the parks and beauty spots around Southend. There are brief shots of Prittlewell Priory, Southchurch Hall and of the rose garden at Chalkwell Park.The film concludes by showing Southend at night. The illuminations are shown, including the illuminated models at Never Never Land. Finally there are interior scenes from the Kursaal ballroom. A couple meet on the balcony. He lights a cigarette for the woman and for himself. They sit at a table watching the dancing on the floor below. There is a big band on the stage and a close up shot of some of its members. The couple link arms to take a sip of their drinks. The film finishes with the two of them smiling at the camera.

Sunshine-on-Sea was first produced as a publicity film for Southend-On-Sea in 1959. It was updated many times during the early 1960s.