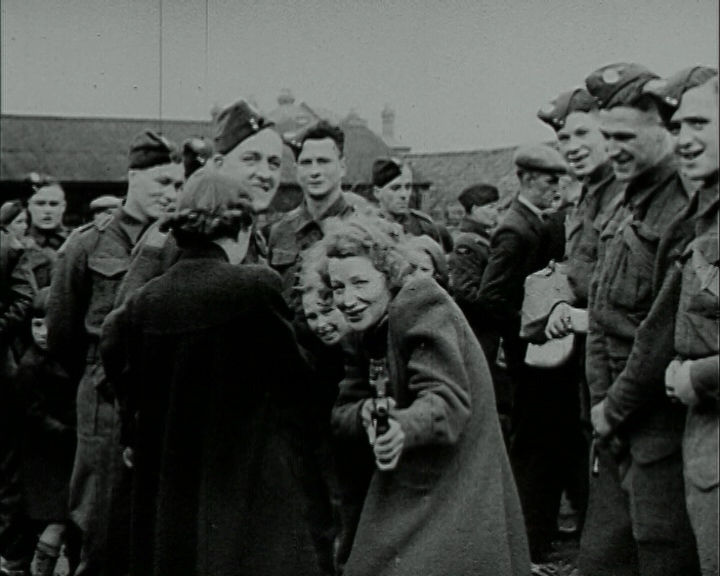 Opening shots show civilians mingling with army personnel and members of the emergency services outside the Regal Cinema, Littleport. There are close up shots of some of the residents. The Home Guard marches through the town under the command of Captain Martin (using a lorry supplied by J.H. Adamson & Sons, Ironmongers) and stages a rescue attempt alongside fire crews, the APR (who raise their hats for the camera) and the St. John's Ambulance Brigade. The commentary explains that the aim of War Weapons Week is to raise £6 a head. Even in a place as small as Littleport, this would have raised £30,000. Along the Lynn Road, people pose for the camera. The army display their weapons. The street scene includes women pushing prams. Civilians are allowed to try the weapons for size. The film concludes with shots of the crowd outside the front entrance of the Regal Cinema