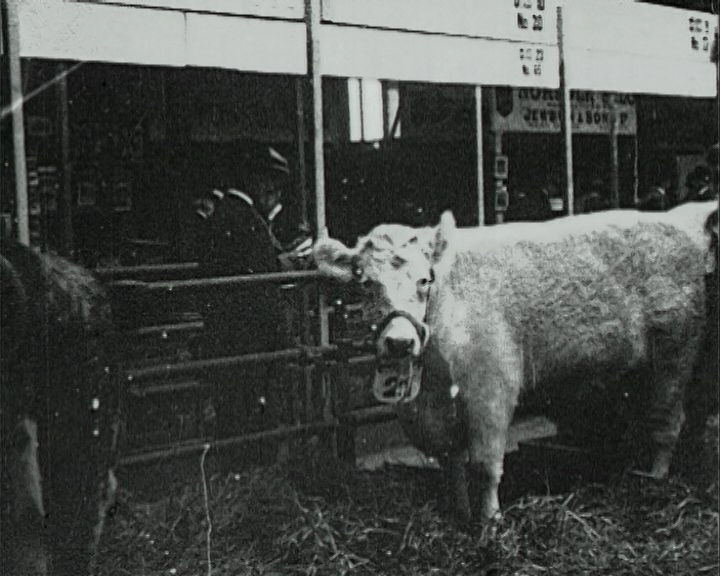 Cattle show at the Agricultural Hall, Norwich and scenes of ducks and turkeys being fed for Christmas.

Filmed in the Agricultural Hall, Norwich. There is a high-angle shot of the ring and then the cattle are seen from ground level, in their stalls, being attended by stockmen. There are close-up shots of some of the cattle. Continuing the Christmas theme there follows scenes of ducks and turkeys in fields being fed. There is no indication of location.

The mountainous beasts at Fat Cattle Show make pleasing sight after War's lean years. But if you prefer a duck or turkey - here you are.

The Agricultural Hall in Norwich became the home of Anglia TV in 1959. At one time it was used for circuses, fairs and even early film shows as well as cattle shows and other agricultural business. The hall was opened by the Prince of Wales in 1882. The main exhibition hall, which is seen here, was turned into studios. It was from here that Anglia TV filmed Sale of the Century and Gambit. This film was part of a Pathe Gazette issue no. 618. Other stories in the same issue included George Robey's putting the finishing touches to his mascot, 'Dinky Doo'. 'Dinky Doo' was a doll designed to resemble him and was to be sold for the Benefit of St. Bart's Hospital. A lady steeplejack in Oakland, USA is also featured.