When Do Bloaters Become Kippers? 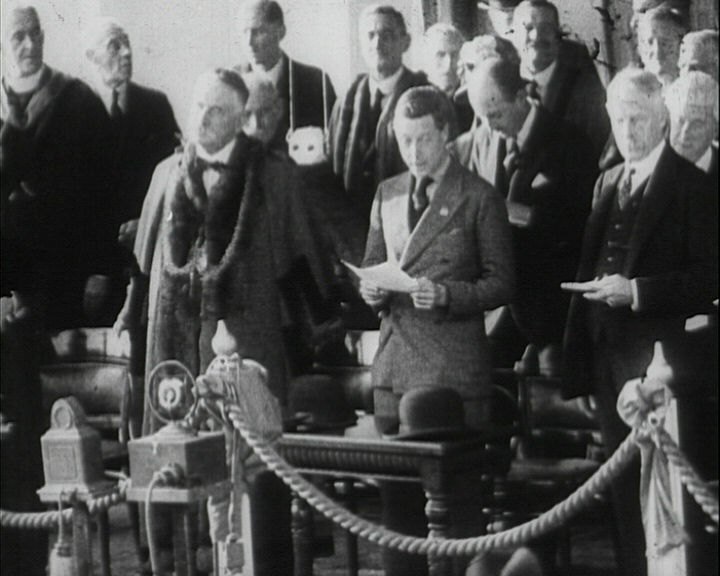 The visit of the Prince of Wales to open the Haven Bridge, 21st October 1930.

The film opens with a distance shot of herring drifters at South Quay. There are close up shots of the Prince aboard the drifter watching the catch. Ostensibly, the Prince is relaxed, having his hands in his pockets. As the Prince leaves the drifter and he and his party walk through crows on the Quay, steam drifters sound their sirens. The Prince gets into his official car and drives off.The next sequence begins with a man rolling a barrel along and the fisher girls lined up. The Prince inspects the fisher girls gutting herring. The girls are heard singing a Scottish folk song as they work. The men in the background are looking at the camera. After the Prince has left, the girls line up for the camera and offer a loud cheer. The film records the official opening speech by the Prince. The leaves of the bridge are lowered. The Prince cuts the tape on the bridge. There are heard the sounds of the ships' sirens and the crowds cheering. Concludes with the procession leaving to go to the town hall. Scouts with hats on staves are visible.

This Haven Bridge was the seventh. it cost £200,000. Bloaters are herring that are smoked whole and ungutted. Kippers are gutted, flattened and then smoked.

When Do Bloaters Become Kippers?