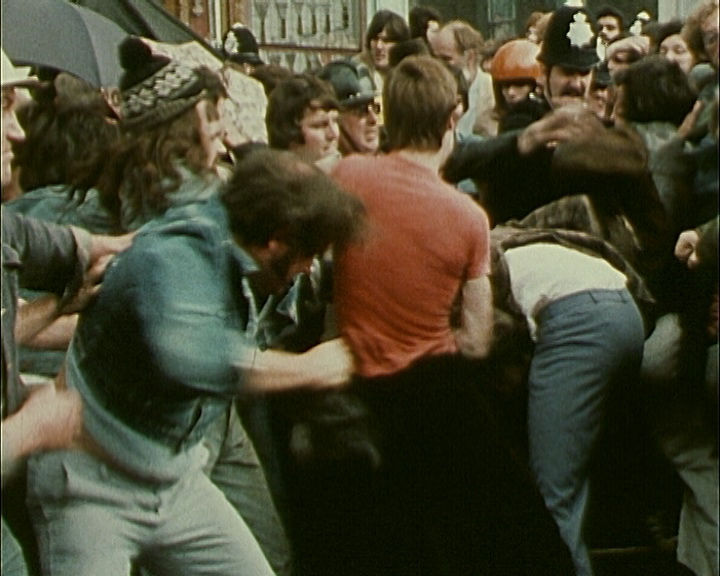 A BBC Look East news report on violence during a National Front march in south London.

Escorted by a huge contingent of police, members of the far-right National Front party march through the streets of Lewisham, south London. Violent clashes break out, however, as anti-fascist protestors break through the cordons, with police struggling to separate the two groups and quell the violence. Further down the road, another group of anti-fascist protestors taunt the National Front marchers with chants of 'Nazi Scum', with later violence resulting in the first ever deployment of police riot shields in Britain.