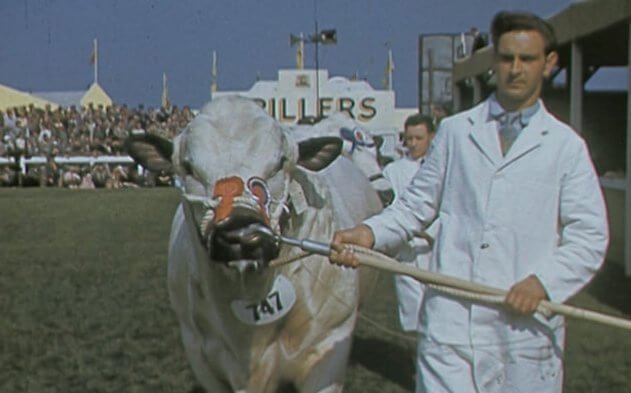 Born in 1900 and living in Norwich, Charles Scott bought a cine camera in 1933 and besides filming his family and friends, he began recording the celebrations, parades and annual traditions of Norwich life in a series of amateur newsreels called ‘It Happened In Norwich’. These mirror closely the kind of stories covered by the local newspaper which supported the sense of heritage and distinct local identity; but these include local celebration of national events which were shared across the country.

After army service in India, Charles was employed for over 40 years by Jacobs biscuits as a driver and depot manager. Based in King’s Lynn during the Second World War he made a detailed film of the Home Guard. After the war he continued to capture scenes of the rapidly changing city as well as family events and holidays into the 1970s.

Charles Scott used the same camera until the film spool became obsolete in the 1980s. He chose 16mm rather than 9.5mm for its quality, and this was an expensive hobby for a family with not much money, but filming was an essential part of their family life. Charles continued his film making and took on more projects in retirement, and was delighted when his films reached a wider audience through television and the film archive. His film making began in an era before television when it was a rare experience to watch scenes of a local event captured on film. By 1946 local people were already recognising the historical value of Charles Scott’s collection and requesting film shows.

Charles in his distinctive glasses appears in front of the camera in several films, often being comical, and it is most likely that his wife Ethel was filming at the time.

His film making began in an era before television when it was a rare experience to watch scenes of a local event captured on film.