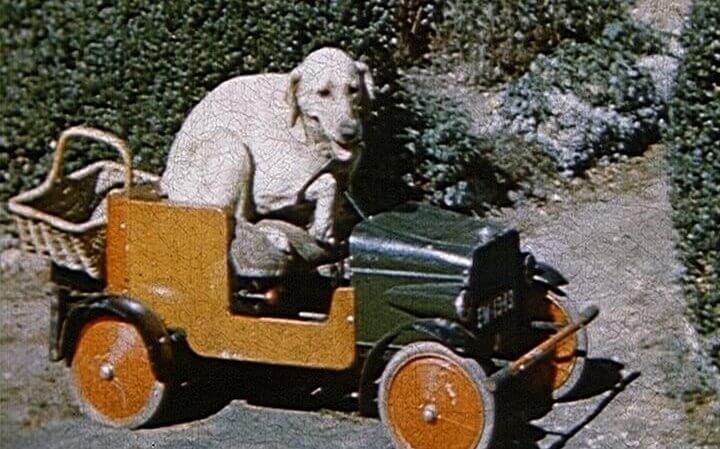 During the COVID-19 pandemic, the British Film Institute (BFI) has repurposed themes from its ‘Britain on Film’ series for audiences to enjoy whilst in lockdown. Created as part of the ‘Unlocking our Film Heritage’ project, ‘Britain on Film’ is free to access for everyone in the UK and comprises over 10,000 films- this includes rare and previously unseen footage from across the country, which can be searched for by location using the ‘Britain on Film’ map.

One popular title in the series contributed by EAFA is ‘Almost Human’ (EAFA Cat. No. 1745), as part of the ‘Cats vs. Dogs’ category.  Produced by William King and Ken King for the Cambridge Accident Prevention Council, this is a road safety video like no other, featuring Jill the Golden Labrador and a host of other performing pups as she takes a trip to the shops.   You can explore 600 other titles from the East Anglian Film Archive, searching by archive, on the BFI Player as well as exploring by collection.  There’s plenty there to keep you entertained!