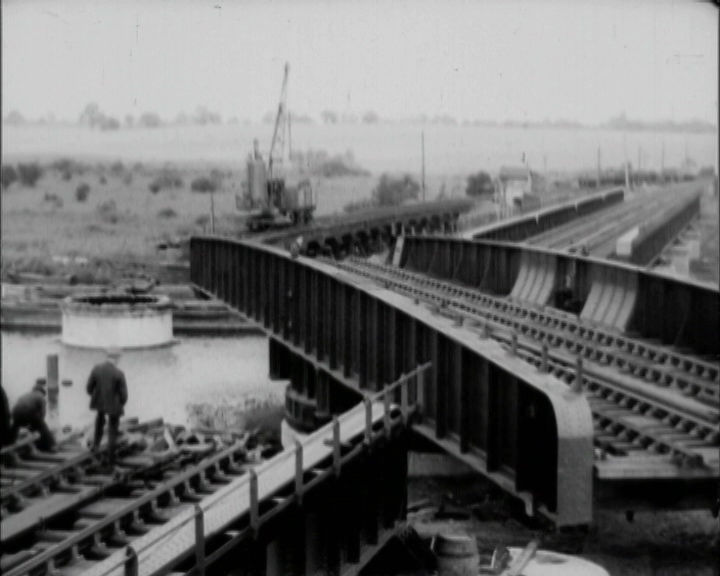 A newsreel of the electrically operated, railway swing bridge over the River Waveney at Beccles.

The motion of the 140 foot railway swing bridge is viewed from the river below and from the railway track on the bridge itself. The bridge is operated from the signal box: levers are pulled, cogs turn, and the rails slot together as the bridge swings into place, allowing a steam train to cross the river.

Nothing to do with clubs - it's a new electrically operated bridge at Beccles, near Lowestoft. Crossing the River Waveney, this bridge is 140 feet in length. Just a touch of a few levers and it swings its 300 tons across the river as lightly as a feather.